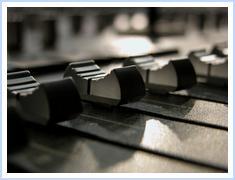 Posted at 20:32h in All News, Release Info by Simple Minds
Share

simpleminds.com has got off to a successful start with the launch of our exclusive downloads. The Black and White Live Bundle No1 is only the first of many such releases and gives a taste of what can be expected of future releases. In fact throughout the remaining months of the current tour new “bundle releases” will be available on a fortnightly basis, before once again returning to a monthly basis once the tour ends. Hopefully that is not too complicated!

Although initially the tracks available for downloads will for the most part be taken from various dates on the current tour, some of the bundles will however also feature rare studio/soundcheck/hotel room recordings made on the spot during this tour! In addition live tracks from the more recent touring past will also feature eventually.

Recorded by live sound engineer Patrick Demoustier and mixed in turn by Producer Jez Coad, guitarist Charlie Burchill and keyboardist Andy Gillespie. This is the genuine article i.e. music made, recorded and mixed by Simple Minds and in turn officially sanctioned by the band as being both worthy of release and purchase price.

Finally, the best way to experience Simple Minds is still of course to go and see them play live. No recording is equal to the effect of being in the venue when Simple Minds are on stage. That is the real thing! We are however confident that these recordings represent the next best thing and look forward to making many more available here at simpleminds.com

Thanks for your support!