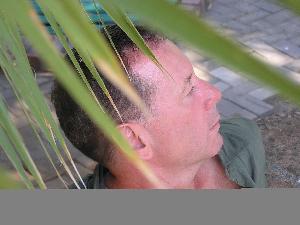 I spent the weekend in the Sicilian countryside enjoying “La Vendemmia” – the Italian grape harvest. As always it was an idyllic though hard working experience that is much better suited for those with a strong back, and even more suited to those born with the ways of the countryside in their blood and in their genes.

Considerably strong of back myself as it happens, (least for a namby pamby artistic type!) I am no novice to this rustic event, and I find it blissful. Coinciding with my favorite part of the year, the throngs of happy tourists that descend on the town throughout summer are already a distant memory and requisitely a new stillness has settled on the smaller winding road that criss cross the countryside around Taormina. The daily skies are a weaker shade of blue than a couple of weeks ago perhaps, but all things said and done the sun still shines quite faithfully almost each new morning. Salute!

Mount Etna shows off more proudly now than at any other time of year. The first snow of the year fell on her merely days ago and from every angle she surrounds us with her dramatic and dangerous effect. Beckoning all our eyes like a young bride in a white silk headress, she haunts the countryside at every twist and turn of the landscape. The Belle of the Ball – she is Sicily and it is little wonder that legend has it as she is the resting place of  King Arthur. For her beauty is to truly die for!

The harvest itself in fact still has much more than an air of the mystical about it and here the tradition of “La Vendemmia” date back even before the Greeks and the Romans. Who incidentally made it so that after the weeks of hard work, basically it was within the rights to “party”? As such the Roman harvests were usually followed by a period of bacchanalia – including feasts that were followed by mammoth sexual orgies – lasting for weeks on end apparently. But that was then unfortunately, and this is now!
In fact like everyone else, the highlight for me of the current harvest day is when with the vines finally newly bare, and with the abundant sweet black fruit packed tightly into truckloads of yellow crates. It is then that everyone young and old at last settle down to an open air feast that has been prepared independently in the fields throughout the day.

This food offered is so good that it is not describable in my opinion, and the music that traditionally accompanies it is equally wonderful. Sung in Sicilian dialect it dawns on me that it is the kind of stuff that Nick Cave aspires to, where murder ballads mix with tales of loss and revenge so sweet, that you would think that they were all love songs and love songs only. Meanwhile the love songs themselves are beautiful and black as night, with melodies that make you shiver.

Within this music we hear the echoes of time long passed but suddenly brought so near. We hear the song of the victor and the defeated, but more so what we hear is the voice of human experiences as ever timeless.
As I sit at this most Sicilian table studying the faces of those who sweated along with me in the field throughout the day, the thought crosses my mind each time for an instant – who knows what these people from around here think of me and what I do with my life in comparison to theirs? That I cannot imagine. But I know what I think of them and the honor it is to spend a little time in their world each year.

And now back to mine!