Home > All News  > Works In Progress 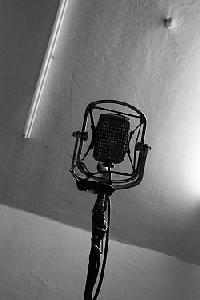 I have been interested in events in the States this week where a man named Kevin Cogill was arrested for leaking online nine unfinished tracks from the upcoming Guns N Roses album – a record that has been in the making for more than a decade apparently and therefore not to much of a stretch to call it much anticipated – least if you are in anyway interested in Guns N Roses, as I am.

How this fellow came into possession of the tracks, I do not know, neither do I know anything about him, but it is being said that he could be imprisoned for three years or at least face a huge fine. The Los Angeles Times said Cogill is the first California resident charged under a federal anti-piracy law which makes it a felony to distribute a copyrighted work via computer networks before its release.

Being that interested I had a look at some of the blogs regarding this story and was really taken by the differing perspectives that people offered. As always Bob Lefsetz  – bob@letsetz.com – had a page with many interesting comments on this subject that had me even more interested in the story itself, but also in a much broader sense and particularly in relation to what Charlie Burchill and myself had being discussing earlier today.

Over the last few days we have taken a break from the recording. Much needed as well since Charlie and Jez have worked almost everyday for the last five weeks almost and therefore a rest of sorts is necessary. Not only physically, but also to somehow step back in order to get some fresh views on the work they have created over this intense period. It will rejuvenate them for when they return hopefully full of energy to begin the last ten days or so of the recording schedule.

Unlike the rest who left for home, I have stayed on at Rockfield. I chose to go walking around the countryside but I also wanted to polish some last song lyrics as well as listening alone to the work to date. I also wanted to check in with the song demos that we made in Glasgow back in June when we were preparing our ideas for the Rockfield sessions.

As always it is interesting to go back to the demos and compare them with what we have done here and the changes that we have made along the way as we have recorded as a group over the last month. Remember in Glasgow there was no real bass and drums for example. Charlie programmed the rhythms among other things including laying down some slap dash guitars, just as I did with my vocals. It was all very rough and ready, just as demos should be.

But nevertheless I was struck by how good listening to these demo’s made me feel. The tracks did not sound great as such and the arrangements are very messy, but the overall feel felt great, in a ramshackle, emotional way, that we know could never be repeated.

Simply put, the demos are no more than a work in progress, a mere moment in time. But there is however something unique and special about them in the unfinished state that we will not even try to emulate here, because in effect we have moved on to a level where all the songs are much more complete and to where they are produced and arranged for presentation to an audience hopefully. They really do sound very impressive now, without doubt. But they also feel different as indeed they should, because in some ways they are a different thing, and at the end of the day making demos is one thing while making ‘a record’ is something else altogether.

And now back to Guns N Roses! How would I feel if someone illegally distributed our unfinished work prior to release? The answer is that I would be very distraught and for all manner of reasons. Nevertheless I do feel and understand that for a number of enthusiast’s, these demos that show this work in progress could be of interest and – judging by what I listened to today – they perhaps merit the opportunity of being heard!

Being so this is something we will consider over the next period and if all are in agreement then there is the chance that prior to official release, the demo recordings of some of the new songs could be heard here at simpleminds.com.

Sounds good to me!