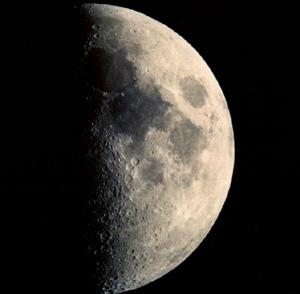 You will be aware that is was William Shakespeare who said, “If music be the food of love, play on.” You will also be aware that he did not say where to play, when to play, what to play or even, how long to play for? All of which are only some of the things that cross our minds over the year, months and weeks that inevitably lead to us returning to the latest stage of our on – going series of live shows.

Not that finding the answers to those questions is that taxing. We have after all being doing this for nearly three and half decades and therefore should be pretty adroit at coming to the right conclusions.

Failing that of course we can always fall back on Facebook, where just one enquiring post will engage hundreds, all breathlessly intent on telling exactly what we should be doing, and how we should go about doing it. The fact that almost none of them have any experience or have ever done anything remotely like what we do is seemingly – neither here nor there. And so what? You don’t need to have had the experience of living life as a chicken, to know what a good omelette should taste like. Do you?

But summer is here, and as with the pattern of most years recently, Simple Minds have the next few months of performing to look forward to, and that we do. Playing live was always what it was all about for us and there has been no change on that front that I am aware of. It probably sounds too facile to say that summer shows are usually good fun, but that just about sums up my attitude to them. Why that should be has much to do with all round conditions. I refer to the open air, the light nights, and the party/laid back atmosphere that accompanies many of these occasions. The upcoming UK’s Forest dates, as well as Hampton Court/Inverness/etc are hopefully just some examples set to demonstrate exactly what I mean. They are obviously not comparable to playing some random frozen ice hockey arena on a wet December night and I certainly know what I prefer. Nevertheless, some of our best shows have taken place in those practical but ugly arenas, and anyway, a great live act should transport an audience to the point where most people forget the surroundings and are far too busy enjoying themselves.

Summer touring in UK/Europe means that an act can now find itself playing in all manner of situations, as just about anywhere seems to be available as a venue, from the prestigious, to the not so. From castles and stately homes, to car parks and shopping malls. From state of the art sport stadiums in Algarve, to some flea ridden old show ground tent in the wilds of Ireland. And I love them all actually, each and everyone to be true.

Because for all it matters, as soon as we start playing, I could be on the moon itself.