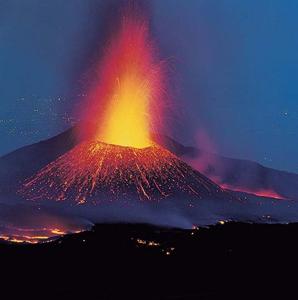 Such was the heat on stage during our recent set in Catania, that the trickles of sweat were running all over, and into my ears even? As a result, the fluid then went into my “in – ear monitors” causing them to partly dysfunction and then finally stop working altogether – only half way into the performance.

Of course I have a back up set that I eventually decided to use, but as they are of a much lesser quality I resisted the change for a number of songs. Hoping meanwhile that my originals would somehow stabilize. It was not to be however, t’was just one of those things that none of us had the foresight to think could occour. Not like it is unusual to get sweat covered in these outdoor events that take place in the heat and humidity that is common to much of southern Europe at all, but it a first where sweat had caused the in-ear gizmo to falter and then pack up.

I am pretty confident that not many in the audience would have noticed the panic that was setting in on me with every passing song as this malfunction was happening. More concerning for me was that I kept control of my thinking, focused on the fact that the audience were seemingly having a blast, and kept faith that although it all sounded awful in my monitors, that this was not remotely the case out front in the arena. In addition, it was crucial that I stopped myself getting overly frustrated or angry even at the inconvenience. Sicilian gigs are like hometown gigs to me after all, meaning that for obvious reasons you feel more pressure than normal to do very well and the last thing you want is to be bothered by technical problems. But guess what? Sh*t happens – and you just have to rise above it.

Paul McCartney was heroically calm during his performance at the wonderful opening ceremony of the London Olympic Games. Singing live in front of a worldwide audience of billions, it was evident to many of us that he was beset by a monitoring problem that should never have been allowed to happen. But then again – stuff happens – even if you were once a Beatle. God knows what he would have been thinking as he soldiered on bravely, putting in a performance that has since seen him slaughtered in much of the media. On the contrary and under the circumstances I thought he did amazingly well to get through in the manner in which he did.

Fact is, when you play live, there are innumerable technical things that can and do go wrong. But it is only music, and no one is going to die on hearing the odd bum note here and there. Are they? In any case, the audience in Catania was so good, and the atmosphere so positive, that Mount Etna itself could have been erupting and the evening/show would probably have continued in full flow magic, regardless.