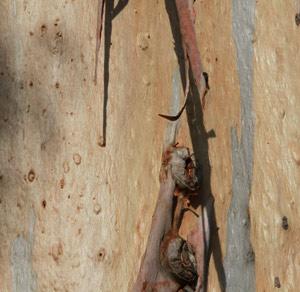 On one of my regular hikes, I pass a tree that has a plaque detailing that this tree is more than a thousand years old. Its visible roots are amazingly gnarled; so solid, they look more like they are made of stone.

The rest of this grand figure meanwhile gives no indication of its years; amazingly however, it still produces abundant fruit and foliage. It has astoundingly survived storms and gales, frost and fire, as well as drought and floods no doubt. The land around it similarly will have experienced feast and famine, revolutions, wars and times of peace.

Standing under the tree and staring up through its branches, I get overwhelmed just thinking some of those thoughts.

Due to the effects of the industrial age and all manner of technological invention, the world that the tree grew into no longer exists. Such are the thorough changes that will have occurred throughout the land that it gazes down on, perched, as it is high on the hill above the bustling town.

Acid rain and accompanying effects of the pollution that arrived with the modern age, drips from the leaves during the wet season, mixing in the mud that is already full of pesticide from the fields nearby. Surely all of that must take its toll? And yet this tree lives on!

I grew up with very few trees around me. They never thought about planting trees in any numbers among the concrete housing schemes that I spent most of my childhood and adolescent years. I would be lying to say that it was something that concerned me. I was more interested in things that symbolized the modern world. The Scottish Highlands held no allure for me back then. I wanted to be in Manhattan, seeking out Batman, and then some years later, my new heroes, The New York Dolls.

In a few weeks time we will return to Australia and New Zealand, can´t wait for it either. Will never forget the first time we visited that part of the world, arriving excitedly in the dark of night in the city of Perth. Back then it took about a day and a half to get there, and we seemed to have taken around 4 connecting flights, as was the way when you traveled on a cheap ticket.

As a result my body had no clue as too which time zone I was in, so no wonder I could not sleep on that occasion. Even now I recall clearly that instead of lying awake and being very bored, I decided instead to get up and venture a look around, as soon as it seemed that the sun was rising.

Next thing I knew I was walking with glazed eyes, through a large park that was situated next to the hotel in which we were staying. The first thing that I noticed of course, while glinting through the sun, were the exotic birds and the most amazing trees. All of them species that I had never seen previously, their very presence reminding me in their strangeness (to me) that I was a long, long way from home. From that very day onwards I notice the trees no matter where I am, they can tell me a lot about a place.

Back then I would send postcards home almost daily, detailing to my family what the world was like to my eyes, down there in OZ and NZ. Now I will take some of my family with me. My father in particular will witter on and on about the nature of the place, particularly the ancient trees.

A final thought. Need to check, but a reliable source (Javier) informs me that during this soon coming trip, Simple Minds may well be playing gig number 3,000. That is quite a thought, really. As I have been saying repeatedly recently, back when we started the band, our goal, aim, whatever you want to call it, was to become one of the great live bands. Taking ourselves around the world repeatedly while attempting to prove it. That challenge continues with each and every gig and we look forward to so much more, beginning in the weeks ahead.

Meanwhile, my mind flits back to that aforementioned tree. We of course cannot compare to the great symbols of nature, laughingly we have only existed for 35 years after all. But in our own little way, we have also seen off so much of what seemed to be part and parcel of the industry that we emerged into.

So much of it has gone, yet we´re still here, and determined to be so for sometime still.