Home > All News  > Bruce In Australia 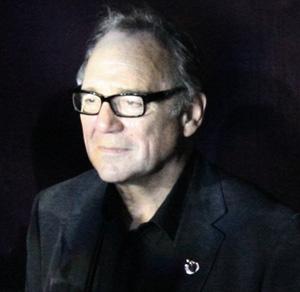 Arriving in Sydney inevitably brings back many recollections of previous visits, none so much as the very first. Of course back then, we were hardly “the widely traveled – and all the more wise for it” beings, that we should be by now. On the contrary, back then we were still easily awed and usually overwhelmed by all that was happening around us. Perhaps more interestingly, I would say that we were still quite shy, least so when we needed to step outside the small circle of the band and our crew. That said, we made friends easily and some of those friendships continue to this day, just another reason why it is always good to return to Oz.

Thinking of it all now, there is little doubt in my opinion as to who shone the brightest amid our pack, particularly during that first visit to Australia in ´81. For it was our then manager Bruce Findlay, accompanying us as he did in so many of those early tours, and in turn doing such a convincing job on the local record company that they should invest time, energy and of course money, on a then little known band from Scotland who up until that point had achieved success absolutely…. nowhere.

That being the case, undoubtedly to an Australian record company hungry for success and careful as to which artists they should back, we were “on paper” undoubtedly a tough sell. But Bruce set out to convince them otherwise, heading into their offices only hours after our arrival. Meanwhile leaving the band and crew, to sit bleary eyed and utterly jet lagged in a cheap hotel in Bondi Junction. Undoubtedly wondering how we ended up so far from home, and what this Australian adventure would lead to.

But succeed he did, and succeed we did as a result. Of course Bruce was no “con man”, he could talk all night for sure, but that never made him a bullshitter. Oppositely, he believed in every word he said regarding his feelings for the music of Simple Minds, and more than anything he believed that his band were destined to have a powerful effect, particularly with live audiences.

And how great in turn, it was, for us to have someone as immensely likeable as Bruce – who was also full of charm and knowledge – championing our cause. But equally, Simple Minds had to back it up – and with nowhere to hide really – we simply had to live up to his “impassioned rants.” And no messing, we had to do it right from the off, at our first ever Australian show.

Seemingly anyone who saw Simple Minds at our first performance in the Capitol Theatre, Sydney `81, usually says that we made a phenomenal impact from the very first song. I myself recall being very nervous only minutes before the gig, but I also recall that only minutes into the show, I could feel the feeling of fear being replaced by strongest adrenaline rush. All to be followed by a more convincing feeling that ” We are taking the roof off this place tonight, like we will tomorrow night, and every night of this tour, wherever we play”. And all of which we did apparently, because when we left Australia only a matter of weeks later, we left after being presented with our first ever gold disc and in turn our first ever hit album.

Thanks to Bruce that was, and of course also to those who believed in us within the local media and the aforementioned record company. Even more thanks to our first Australian fans, queuing for hours on end as they did, to see us play in their local pubs and clubs. They inspired great confidence in us back then, a confidence that until then we had never experienced, and one that we are yet to lose.

And being so, it is certain that when we kick off our upcoming tour in Melbourne on Friday night, and in doing so partly propel ourselves forward still. I will probably find a few seconds to think back to that initial tour, and in my own way say thanks to everybody who has gone the extra mile on our behalf. But to Bruce Findlay… in particular.