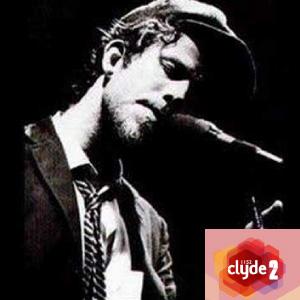 I have particularly enjoyed listening to Billy Sloan´s last couple of shows on Radio Clyde. The theme was all time favourite cover versions and it is fair to say that some included in his selection would also be in mine. That in turn led me to thinking what mine would be should I have the chance to put together a similar show.

A couple of thoughts on “covers.” Some music fans are seemingly against them in principle. Their thinking goes that certain songs are “sacrosanct”, not to be messed with in any shape or form, to be left, as a rule, entirely in their original state. To those types, it follows that a song belongs to one act/artist only, never to be tampered with, no other interpretation is welcome. That is of course the view of the purist and it is a view predominant normally within those who care for and appreciate the classical arts. Nevertheless, a friend of mine more than shares that view, he is also rather blunt with it. “95% of covers are rubbish” he is prone to quip”. ” 95% of all music is rubbish” I suggest in reply.

Fact is SM took our “baby steps” by playing covers. Most bands/musicians do. It would be impossible to write a song, without first learning what a song is, and how songs work technically. Likewise, if you are going to learn to play an instrument you surely learn by playing already written compositions. You learn your trade from “messing” with the works of others in other words. Of course while most would appreciate that as a normal fledgling practice, the more cynical might say, “Yes, but keep your results to yourself, no need to publish your studies.” To that I´d say “And why not? After all reaction/response from anyone kind enough to listen can be invaluable and all part of seeking to make progress.

Of course the choice of covers that you do, can say a lot about who you are as an artist. You can do them as tribute to the original, or even as a badge of honour, with them being a way to say these songs tell you where we are from. Who we are, and what we grew up listening to. They also inform you of what other artists we relate through sharing a similar style, vision, artistic, and even political ideal. Simple Minds choosing to cover Peter Gabriel´s Biko would be a perfect example of that last point.

Anyway, back to the list of covers that I would consider if asked to broadcast, in no particular order.