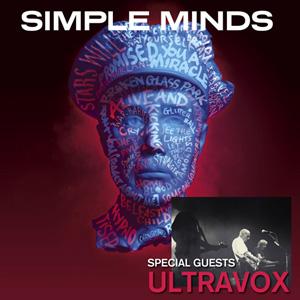 Posted at 07:00h in All News, Live News by Simple Minds
Share
Simple Minds will embark on four special UK arena shows in November, including The O2 London and will be joined by very special guests Ultravox.
The bands will play London, Glasgow, Manchester and Birmingham and tickets will go on general sale on Friday 22nd of March at 09.30am [UK time]
Buy General Tickets On Friday Here
There will be a special ticket pre-sale starting on Wednesday 20th of March at 09.30am [UK time – *09.00am for Glasgow show]
Buy Pre-Sale Tickets From Wednesday Here********
*Special Note: Although the ‘Celebration’ CD is offered during ticket purchase, it is NOT compulsary. All tickets are available without CD purchase! There is an optout on the top right of the purchase page labelled ‘no album purchase necessary’
Details and press release excerpt below:
NOVEMBER 2013
SIMPLE MINDS GREATEST HITS TOUR
Plus very special guests ULTRAVOX
“Once upon a time Simple Minds were a great band, don’t let anybody tell you otherwise.” 4/5 live review, Daily Telegraph
“Simple Minds are suddenly alive and kicking again.” 4/5 live review, Guardian
“It’s official, Simple Minds are cool again.” Metro
Simple Minds are one of the UK’s most successful rock groups to date. Having topped America’s Billboard chart, the Glasgow band have achieved six No.1 albums in the UK as well hitting the top spot in countless other territories including Germany, Italy, France, Spain, Australia and New Zealand. The band will release their ‘Celebrate – Greatest Hits +’ on 25th March.
Simple Minds are also arguably one of the best live bands in the world and over a thirty year career have been responsible for some of the most innovative and enduring anthems in rock music.
Meanwhile Ultravox returned last year with ‘Brilliant’ their first studio album in 28 years featuring the classic line up Midge Ure, Billy Currie, Chris Cross and Warren Cann.
Emerging from the new wave and electro scenes of the late 70’s, Ultravox fashioned a form of electronic rock music that was uniquely powerful and delivered massive hits through the 1980’s such as ‘Hymn’, ‘Dancing With Tears In My Eyes’, ‘The Voice’, ‘Reap The Wild Wind’, ‘Love’s Great Adventure’, ‘We Came To Dance’ and of course the timeless and atmospheric ‘Vienna’.
Ultravox’s latest album not only shows what a prescient reminder of how great this reborn band are, but is an exciting and vital addition to an extraordinary catalogue of music which today sounds more current and influential than ever.
Expect to hear songs from both bands extensive back catalogues including ‘Alive and Kicking’, ‘Don’t You (Forget About Me)’, ‘Waterfront’, ‘Vienna’ and more.
GIGSANDTOURS.COM | TICKETMASTER.CO.UK | 0844 811 0051 | 0844 826 2826
Simple Minds are Jim Kerr, Charlie Burchill, Mel Gaynor, Andy Gillespie and Ged Grimes.
‘CELEBRATE – THE GREATEST HITS+’ RELEASED ON MONDAY 25TH MARCH