Soaked To The Skin

Home > All News  > Soaked To The Skin 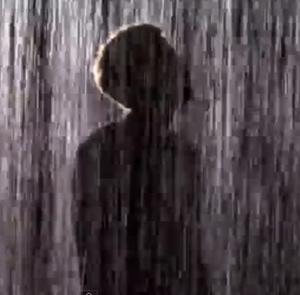 Posted at 11:03h in All News, Jim's Diary by Jim Kerr
Share
It’s been God – awful weather In Dublin over the last two weeks. Good job then I am fortunate enough not to have to work outside as my father did for most of his working life, and as I did for a few years when I worked as an apprentice for Glasgow’s then biggest construction company. Conditions were pretty dire and arriving at work around 7:30 am and already soaked to the skin was more common than not. But even at that, there was plenty of upside, foremost being the people with whom I worked alongside – great characters all of them. A certain kind of positive work ethic that has also been ingrained from those days and infiltrated our efforts with Simple Minds still dominates in many ways, all of which is a good thing.
All these years later Simple Minds are liable to be drenched the time we finish work tonight, but in a hugely contrasting situation from my experience as an apprentice.
Our workplace tonight will be on stage at Dublin’s Olympia Theatre and it is there that we will start out on our latest tour. Exciting for us, and with little doubt also for those who are coming to see us over the two shows that we are due to play in the city.
Belfast follows immediately, and that is another city that we always look forward to returning. The warm feeling we have for that city – like many others – goes way back to our first visits and the unforgettable reception that the young Simple Minds were met with. From there we cross over the Irish Sea and begin our longest ever tour of the UK with almost six weeks worth of concerts.
It is an intense schedule with not many nights off, but I reckon we have energy to burn, so no problem. Touch wood! In any case and as mysterious as it may sound, I reckon that the more energy we give out performing the more we seem to get back in return from our audience. Football players will always tell you that the more lively the crowd is, in turn they find that they have an added spring within their movements. Well, it seemingly works similarly with us. And thankfully the audiences who follow us get thoroughly involved in their own way with the live music that is coming at them. The Australian/New Zealand audiences we played to only before the end of the year being the latest fine examples.
Once this tour is over we will spend the rest of this year writing, recording and touring both overseas and again in the UK, with arena dates just announced for November. Regarding those arena shows, what a pleasure to have Ultravox on the bill with us, I suspect I am not alone in looking forward to that.
Looking back now over the recent years in particular, I don’t know if we could live up to the clichéd “hardest working band etc.”, it is obvious however that we are usually tremendously active and long may it continue. But while maintaining the activity is crucial, our desire to keep improving is every bit as important, and within that I have to say hats off to the musicians and crew who have worked so intensely throughout the recent rehearsals. The goal is to put on a world-class gig- one that our audience deserves.
Jim Kerr