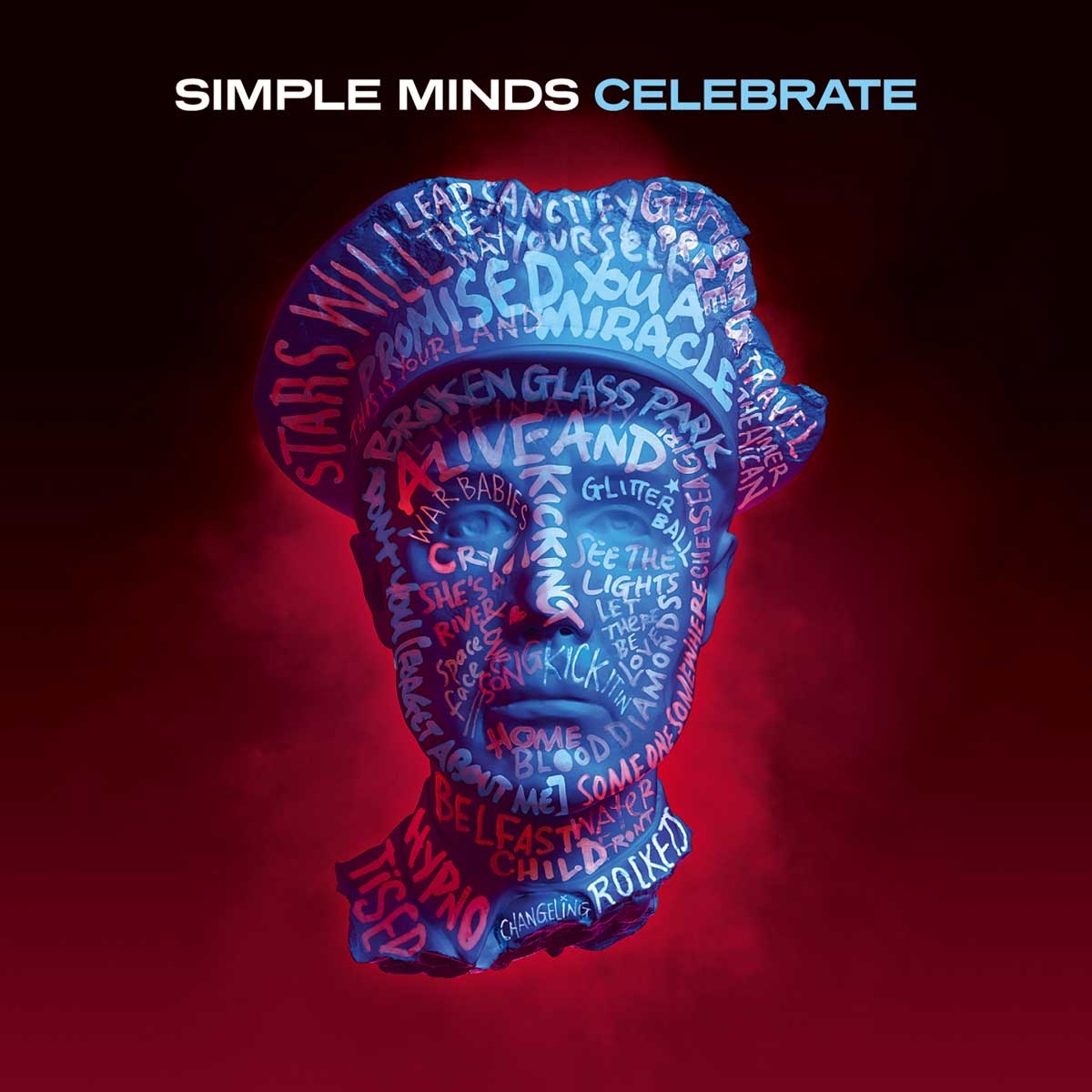 Following the success and acclaim of 2012’s X5 boxset and the 5 X 5 tour, Virgin Records release Celebrate – The Greatest Hits + collection, a comprehensive overview of 35 years of one of Britain’s most successful bands, taking in the innovative sheen of Promised You A Miracle and Glittering Prize, the anthemic sweep of Waterfront and Sanctify Yourself, the firebrand strand of Belfast Child and Mandela Day and the singalong wonder of Don’t You (Forget About Me) and Alive & Kicking, and bringing things right up to date with the inclusion of two new tracks: Broken Glass Park and Blood Diamonds.

“One of the things I’m most proud of is that people say to me what Simple Minds are you talking about? The avant-garde, the art-rock, the pop, the ambient, the instrumental group, the political, the folk, the stadium band? We’ve been on one hell of a journey. To play all those different styles but at the same time be quintessentially Simple Minds is an amazing thing.”
Jim Kerr. 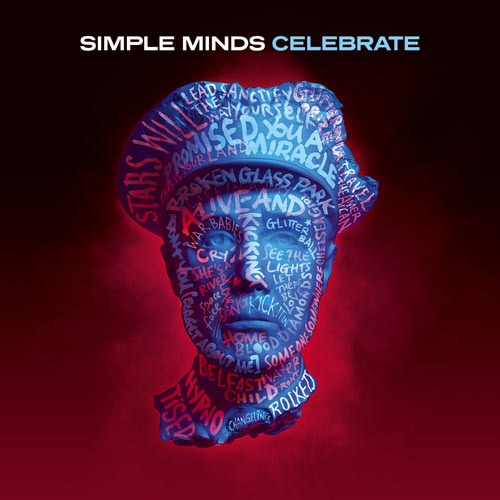 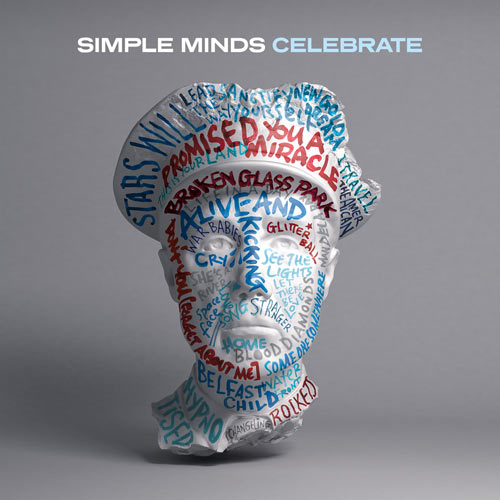 Simple Minds have been many things to many people: sound scapers, sound-shapers, soundtrack makers, serial chart-toppers. They have influenced acts as diverse as theManic Street Preachers, Primal Scream, Moby and The Horrors. They have been sampled by Nicky Minaj, David Guetta, Joey Negro and Freddy Bastone. They have provided memorable movie moments for directors Christian Carion (L’Affaire Farewell), Gregor Jordan (The Informers), Cameron Crowe (Elizabethtown) and, of course, John Hughes (The Breakfast Club). They have topped the British charts half a dozen times, with the studio albums Sparkle In The Rain (1984), Once Upon A Time (1985) and Street Fighting Years as well as the Ballad Of The Streets EP (both 1989), the concert recording Live In The City Of Light(1987), and the compilation Glittering Prize 81/92, and returned to the UK Top Ten with Graffiti Soul, their most recent studio album, in 2009.

Named after a lyric – ‘So simple minded’ to be exact – from David Bowie‘s seminal 1972 single The Jean Genie, Simple Minds evolved out of Johnny & the Self Abusers, the ‘rank and file’ punk group Jim Kerr and Charlie Burchill had formed in April 1977. By the time Saints And Sinners, the sole Abusers single, was issued on Chiswick six months later, Simple Minds, featuring bassist Derek Forbes, drummer Brian McGee and keyboard-player Mick MacNeil, were already moving towards a darker, broodier sound that owed a debt to the Velvet Underground but also the Krautrock of Can,Kraftwerk and Neu!

Following their chart debut with the Life In A Day album in April 1979, Simple Minds recorded some of the most beguiling, inventive, adventurous music of the post-punk period and set the standard for the British alternative scene with the albums Real To Real Cacophony (also 1979),Empires And Dance (1980) and the pioneering ‘twin’ releases Sons And Fascination/Sister Feelings Call (1981). The most prolific and fast-evolving band of a generation that also included The Cure, the Psychedelic Furs and Joy Division/New Order, in 1982 they went on to make the landmark New Gold Dream (81–82–83–84), which marked the debut of drummer Mel Gaynor and served as the template for U2‘s The Unforgettable Fire two years later.

Simple Minds went stratospheric with Once Upon A Time and became a band with a mission, the first to commit to the Nelson Mandela 70th Birthday Tribute concert held at Wembley Stadium in July 1988, an event for which they wrote Mandela Day, included on Street Fighting Years the following year. Following Mandela’s release, Simple Minds also played the Freedom Concert, again at Wembley Stadium, in April 1990, and the Nelson Mandela 90th Birthday Tribute in Hyde Park in 2008. In the intervening years, they have graced the Top 20 with the shimmering singles Let There Be Love, See The Lights, Stand By Love, She’s A River, Hypnotised and Glitterball, and the album charts withReal Life (1991), Good News From The Next World (1995), Neapolis (1998), Black & White 050505 (2005) and Graffiti Soul (2009) and covered material by many of the artists who have influenced them on Neon Lights (2001).

Time to celebrate the majesty of Simple Minds…