Home > All News  > Near Perfect 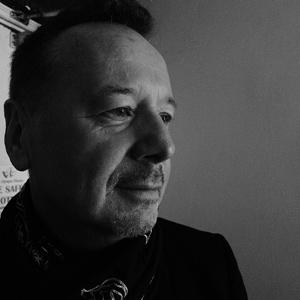 Posted at 20:19h in All News, Jim's Diary by Jim Kerr
Share
Just like fans who go to concerts and for various reasons decide this or that show is the best that they have attended, we in the band also discuss amongst ourselves which show we preferred most within a tour. Likewise we consider many factors and although in our opinion there is no “best gig” technically speaking, there is definitely a “favourite” that emerges, based on the audience, venue, set list, quality of performance, sound and lights etc. In the end however it is always a personal choice, and although there may be a general consensus among us, most certainly there is usually more than one clear cut choice as to the show we enjoyed the most.
One of the reasons it is hard to decide is because almost universally we get such great audiences. When I describe them as being great, what I mean is that almost wherever we go, we are met with an audience that gets involved in their own way, an audience that gives us as much energy to us as hopefully we give to them through our performance. No way do our crowds come merely to spectate – and we prefer and appreciate that thoroughly.
Some venues are of course more suited than others, and that has a lot more to do with factors apart from the shape and lay out of the building itself. Each venue not only has its own atmosphere, it also has its own policies. Some are quite relaxed while others are very strict. Some venues also have the band right up close to our fans, others meanwhile have a gap in front of the stage that is big enough to land an airplane. Obviously we prefer the former.
Last night´s show in Blackpool was about as near perfect for me as any. I loved the venue, and the relaxed attitude of the security, I also relished having the audience – who were brilliantly enthusiastic – almost right up on stage next to us. Plymouth was another that I could categorise similarly, but it must be said that I have really enjoyed every single show on this tour so far, the rest of the band feel the same incidentally. It has been really wonderful!
Jim Kerr