Thanks For Listening To Simple Minds

Home > All News  > Thanks For Listening To Simple Minds 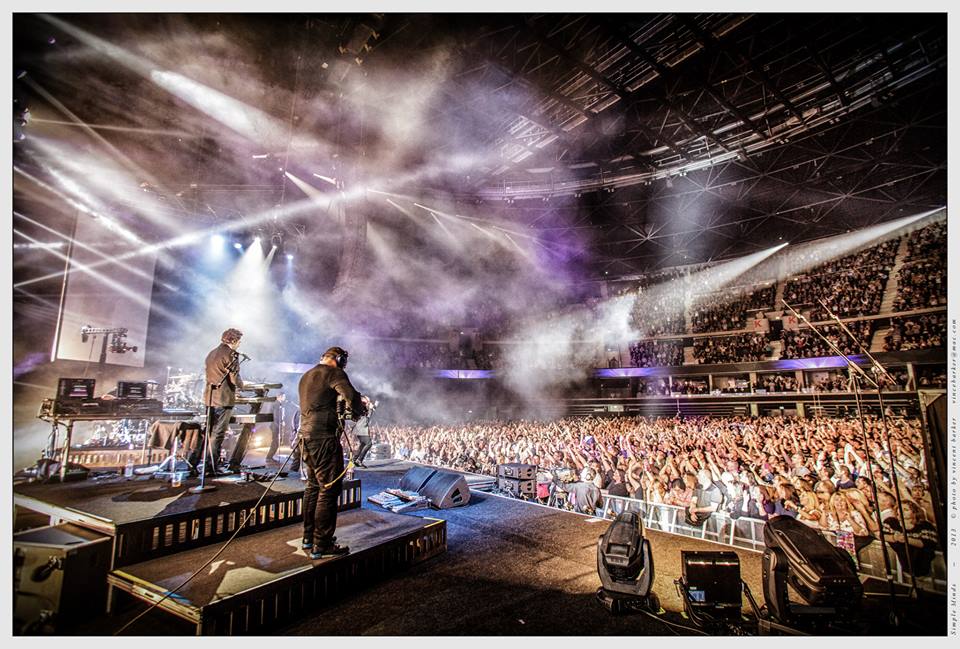 Posted at 18:57h in All News, Jim's Diary by Jim Kerr
Share
This year is set to end just like it began, with Simple Minds playing live in Scotland.
And after Edinburgh twelve months ago, followed by Stonehaven this year, playing live at Hogmanay in the country of our birth is starting to feel like a tradition of its own, and a pretty fine one at that.
Personally, I kind of prefer to be “working” on the night that sees the entire world celebrate seeing out the old and ringing in the new. I can’t say why in particular, it might be connected to some superstition or other, but I feel it is good to start the year by doing something positive, doing whatever it is you like doing best even. Somehow the idea of starting the year as you would like it to continue just feels good to me. Hence the appeal of sweating it out – as the bells ring it in. Or more appropriately perhaps, as the “fireballs” bring it in – in Stonehaven.
(And er, it is “Stonehaven” please note, and not “Stonehenge” as a rather over excited French friend referred to it, while calling me to ask for tickets for this “Amazing concert at Stonehenge that Simple Minds will play on New Year’s Eve!!!)”
In any case, seeing out the old and ringing in the new, may well also describe my own hopes and expectations for Simple Minds next year. Given that the first few months will be spent touring much of Europe, and picking up where we left off in the London 02 arena a weeks ago. From then on, we look forward to releasing our first filmed in concert in decades, followed itself – at some point – by the release of our 17th studio album. (We are not quite finished recording yet, but I reckon we are not far from completion either.) Fingers crossed that all comes to fruition, and if so, it certainly looks set to be a memorable year for our little outfit.
This passing year will be memorable in its own way of course, and mainly for the amount of wonderful shows that we experienced as we traveled further and wider than we have in a very long while. As for picking out any highlights? Well, the highlight is the same as ever, and it is a two part thing.
The first part is the welcome we receive every time we walk on stage. You have no idea how much that means. How much encouragement it creates within our on-going desire to make every single concert as great as it can be.
The second part, is the look of obvious pleasure evident on the faces that we see from stage, particularly at the end of a night where the band and audience have worked together to create the kind of experience that is unique to live music that is hopefully performed at its best.
And it is with that image in mind that I thank everybody who has supported Simple Minds over the last year. Likewise we thank everybody who is planning to do so over the year that lies ahead.
Music in whatever form, can be a most special thing. But it counts for nothing without people who are willing to listen.
Thanks again to all of you for listening to Simple Minds music. We wish you a happy and peaceful New Year, and we hope to see you you out there – somewhere!
Jim Kerr