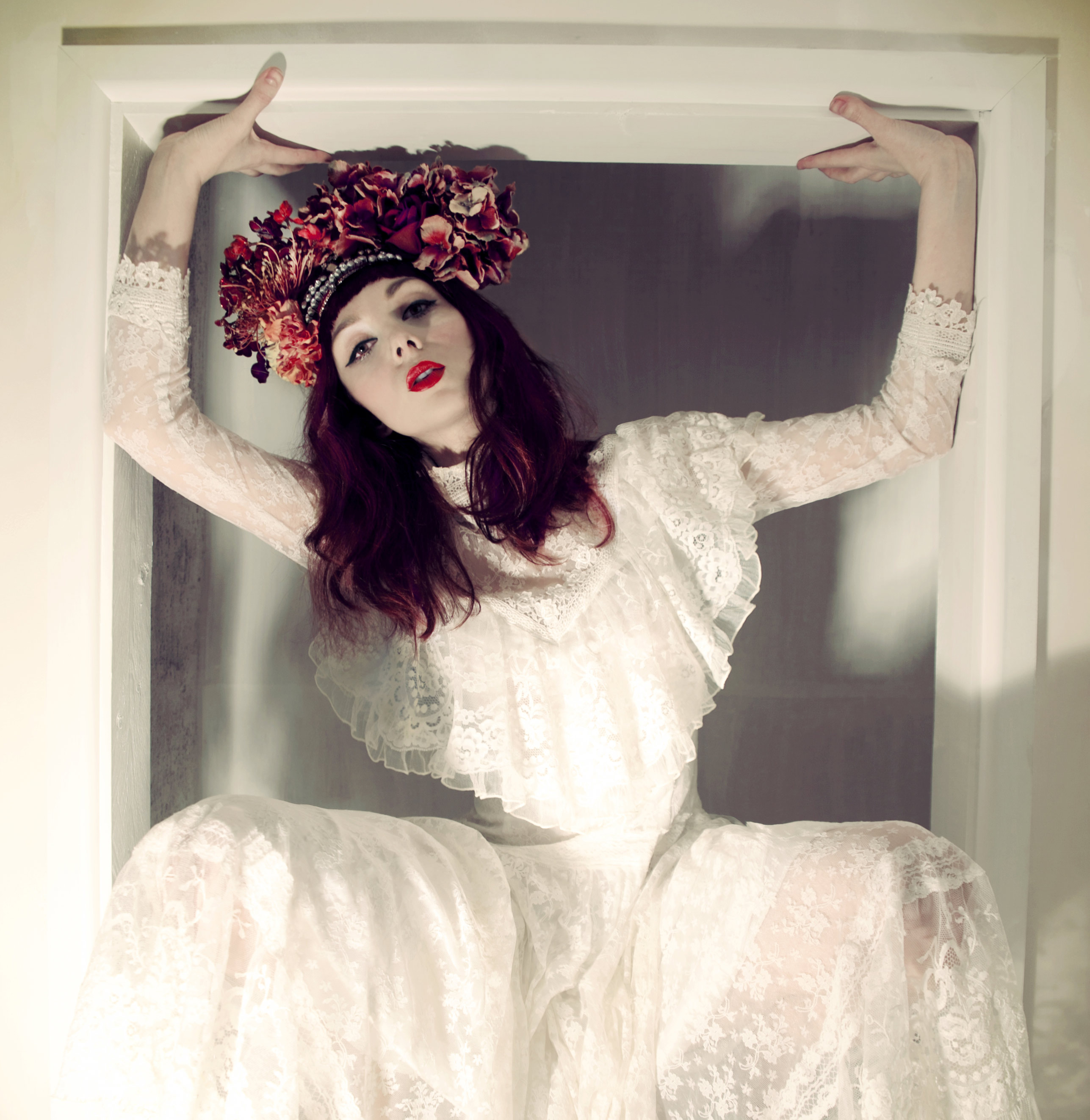 Posted at 16:54h in All News, Live News by Simple Minds
Share
Catherine A.D. will be joining Simple Minds on the forthcoming tour in 2015 and she also makes an appearance in the new video for ‘Honest Town‘. Time to know more:
PS: you can vote for Catherine on BBC 6Music right now!
1.       Tell us a bit about yourself and your history?
I’m from Welsh stock, ex ballerina, book nerd and flautist. I grew up playing in orchestras before coming over to the dark side of guitars and eyeliner… I’ve released a few EPs as Catherine AD and am now performing under the name The Anchoress. I also have a PhD in literature and queer theory and published a book earlier this year. Occasionally I sleep!
2.       How did you first meet the band?
I met Jim while working on The Dark Flowers project with Paul Statham & co., which I wrote a couple of songs for (as well as a duet with Jim that’s yet to see the light of day…)
3.       What attracted you to the project?
It’s an amazing opportunity to play with a phenomenal live band and see some amazing cities and venues. I started off playing in orchestras and trained as a ballet dancer so I’m a huge fan of theatricality and bombast.
5.       How will you be involved in the 2015 tour?
To be revealed…! But I think the press release says “additional keys and guitar”. I’m looking forward to seeing how things evolve in rehearsals this winter…
6.       Were you aware of Simple Minds previously?
One of my favourite bands is the Manic Street Preachers, who are of course huge Simple Minds fans. I also grew up listening to Radio 2 in my Mum’s car so the big hits were the soundtrack to my childhood.
7.       What do you think of the band and their career?
Their success and creative evolution is incomparable. They’ve been a huge influence on so many of my favourite bands. The creativity across their career is just astounding to someone like me who is delving deeper into the back catalogue for the first time.
8.   What’s next for you personally in your own career?
I have a new EP out in November – the One For Sorrow EP, under my musical moniker The Anchoress. The lead single is currently up for the public vote to get onto the BBC 6Music playlist, if you can spare a moment to lend a click here – http://www.bbc.co.uk/programmes/b0072lb2 . I’ve also been working on my debut album ‘Confessions of a Romance Novelist’, co-producing with Mansun’s Paul Draper. It will be out at some point next year!
Find out more about Catherine here:
http://www.iamtheanchoress.com
http://www.facebook.com/catherineADmusic
http://www.twitter.com/catherineAD