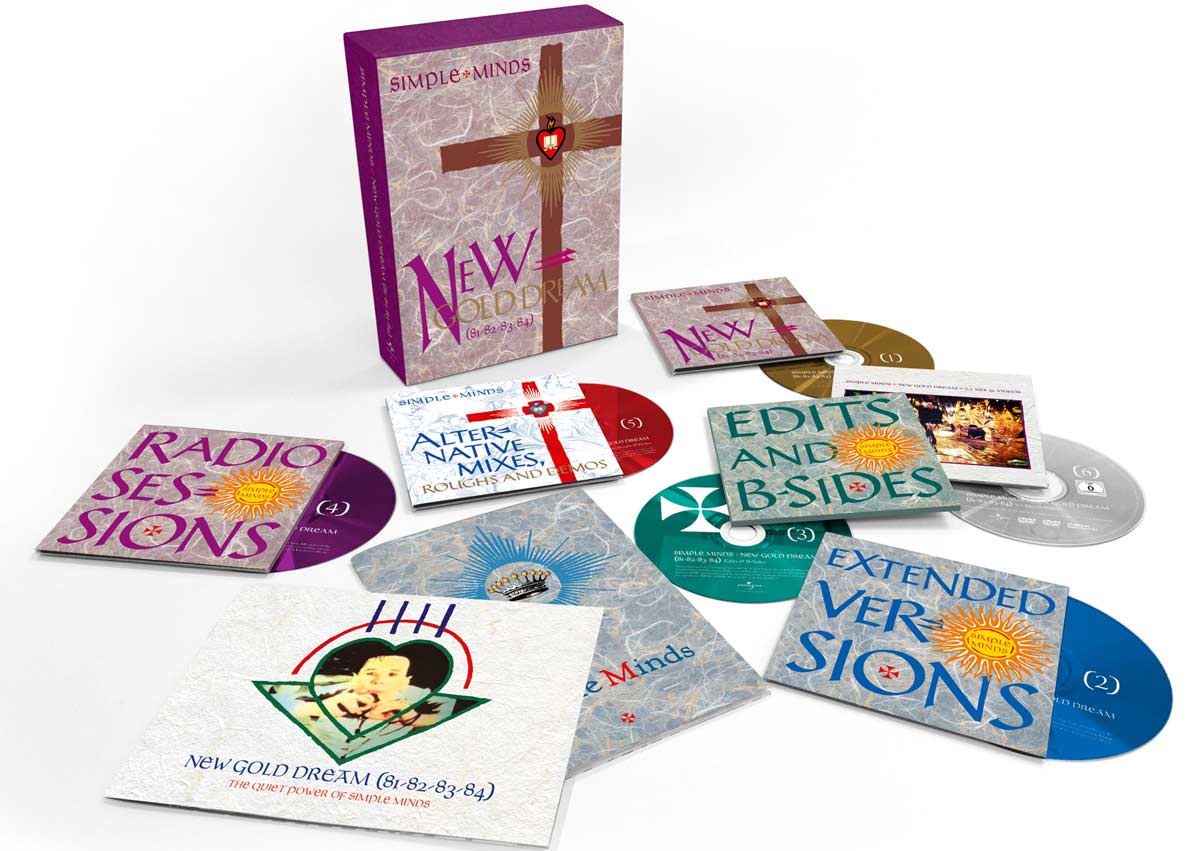 On 29th July 2016 Universal Music release a six-disc box set of what is considered by many to be Simple Minds’ finest album, NEW GOLD DREAM (81-82-83-84). It will be the first time the entire back catalogue of this era has been collected together.

“My loyalty towards Simple Minds is known to be considerable, yet even I am jarred by the constant beauty of this music. New Gold Dream robs me of my breath.” – Paul Morley, NME 1982

Originally released in September 1982, NEW GOLD DREAM (81-82-83-84) was Simple Minds’ fifth studio album and their crossover – the one that took them from revered cult status to a chart band with pop singles, launching their career worldwide. Featuring the no.13 and no.16 singles ‘Promised You A Miracle’ and ‘Glittering Prize’, it turned the band into a major force in pop music, reaching no.3 in the UK Albums Chart and spending a full year there. 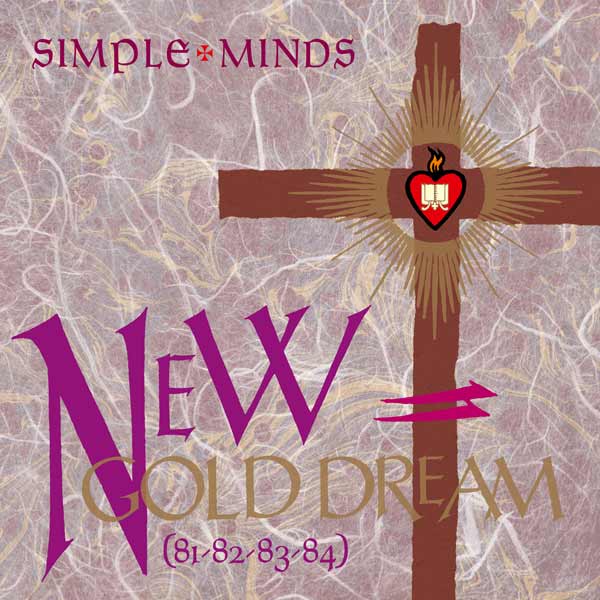 NEW GOLD DREAM opened doors and forcibly broke down barriers for Simple Minds. Until then, the band – formed in Glasgow in 1977 – had enjoyed considerable success and hard earned critical acclaim. A solid work ethic had produced four impressive albums in a frenetic three-year period. But despite the success of Life In A Day, Real To Real Cacophony in 1979 plus Empires And Dance in 1980 for Arista – followed by Sons And Fascination/Sister Feelings Call in 1981 for Virgin – the best was yet to come. In October, 1981, the band made their first visit to Australia, on the Sons And Fascination tour. The trip had a huge influence on the songs written for NEW GOLD DREAM.

Recorded over a five month period at Rockfield Studio, The Townhouse and The Manor – with pre-production taking place at The Old Mill, a pig farm in Fife – in January ’82 the band actually laid down musical sketches for what would evolve into ‘King Is White And In The Crowd’, ‘Hunter And The Hunted’ and ‘Promised You A Miracle’ during a short tour rehearsal. The latter song would prove pivotal in terms of the direction they took next. 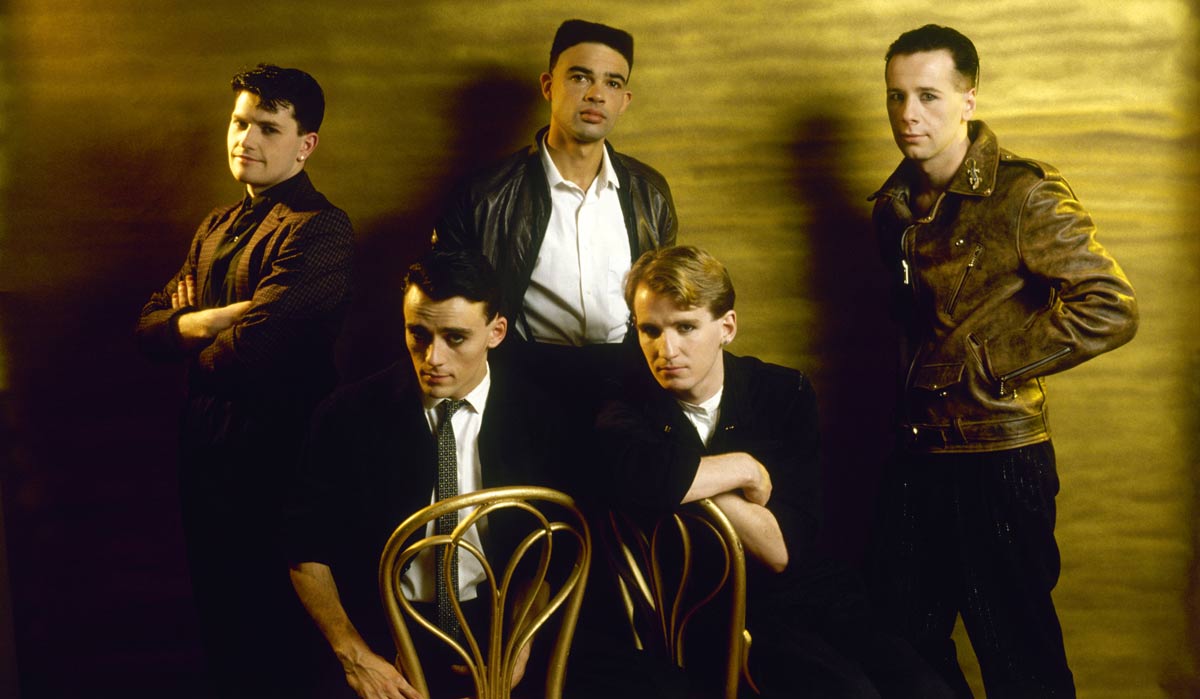 The band unveiled ‘Promised You A Miracle’ during a Kid Jensen session on Radio 1 (included in this box set and available for the first time). Confidence in the song was such they were encouraged to record it as a single. The band hastily booked The Townhouse studio in London and Pete Walsh was recruited as producer on the recommendation of guitarist Charlie Burchill, who’d been impressed by his work on the remix of previous single, ‘Sweat In Bullet’.

Released in April 1982, ‘Promised You A Miracle’ garnered heavy daytime radio play, a first for the band. In the preceding months, frontman Jim Kerr had taken encouragement when contemporaries such as U2, Echo And The Bunnymen, The Associates, The Teardrop Explodes and ABC had breached the UK singles chart. When it entered the Top 30, the band flew to London to pre-record a performance of the single for transmission on Top Of The Pops on BBC1 (included on the DVD component of this release – the first time it’s been commercially available). Their debut appearance boosted the single which climbed to No. 13 in the charts. The elation of their first hit single was short lived as the band buckled down to the real task in hand – the meticulous pre-production for NEW GOLD DREAM.

In May ’82, the band arrived at The Townhouse to begin recording. Reputations were on the line – for both musicians and producer Pete Walsh, who only had one production credit to his name at this stage, Heaven 17’s impressive debut album, Penthouse And Pavement. But the sheer momentum of a hit single provided an additional adrenalin rush and boost of confidence. The band’s creative surge resulted in a plethora of ideas, which resulted in a problem for Walsh. As the backing tracks were laid down it also quickly became evident that drummer Mike Ogletree’s playing was not hitting the mark. It forced Walsh to make a snap decision – one which would have unforeseen long-term benefits. He called in Mel Gaynor, a session drummer who had played with top Brit-funk acts Beggar And Co., Central Line and Light Of The World. Early the following year, following Ogletree’s departure, Gaynor was quickly recruited, later becoming a full-time member.

The sessions gathered real momentum as Burchill, keyboardist Mick MacNeil and bassist Derek Forbes overflowed with riffs and song ideas. Walsh found himself with such an abundance of new material, the collective skill – from both band and producer – was how best to capitalise on such a creative rush.

Kerr absorbed the music being made at The Townhouse and his keen eye for detail would prove crucial. By his own admission, his songwriting methods are unorthodox. Even so, his drive and passion instilled a confidence in the band and, with their time in The Townhouse completed, they moved on to The Manor in Oxfordshire. Kerr’s lyric book was overflowing and he nailed all of his vocals with a relative ease. He was also conscious of a development in his singing style. The timbre of his voice on tracks such as ‘Someone Somewhere In Summertime’ or ‘Glittering Prize’ is markedly different from the darker tones of ‘King Is White And In The Crowd’ or ‘Big Sleep’. The varied textures of the material was leading him down a more fertile path and the task of matching the mood of the music proved a real challenge.

With mixing underway at The Townhouse and Utopia Studio in London, attention turned to the record sleeve design. Malcolm Garrett – who’d caught the eye with his work on The Correct Use Of Soap by Magazine – and had worked with the band on ‘The American’, ‘Love Song’ and ‘Sweat In Bullet’ single sleeves and the striking artwork for Sons And Fascination/Sister Feelings Call, was recruited to design the NEW GOLD DREAM sleeve. It was his job to conceptualise the optimism of the music. But few could have anticipated his quasi-religious design of a purple cross, with a book of scripture inside a flaming heart. When he delivered the finished artwork the band were stunned.

In August ‘82, ‘Glittering Prize’ was released and reached No. 16 in the UK charts. A month later, NEW GOLD DREAM was finally unveiled to an eager Press and public. The response from both was overwhelming. Smash Hits’ writer Mark Ellen – now a successful broadcaster – said: “Personally, I have never cared for Jim Kerr’s compositions up until now. But Promised You A Miracle and the other songs are something different. The single is a classic, in fact.” While Mark Cooper – now head of music at BBC 4 – wrote in Record Mirror: “They have stunned and impressed me but they have rarely moved me. Suddenly, in New Gold Dream, they’ve conquered their fear of feeling and come out shining.” But the most glowing review of all came from Paul Morley in New Musical Express. He said: “My loyalty towards Simple Minds is known to be considerable, yet even I am jarred by the constant beauty of this music. New Gold Dream robs me of my breath.” The band couldn’t wait to showcase New Gold Dream and hit the road again for the UK leg of a world tour.

In November, a second and final single – ‘Someone Somewhere In Summertime’ – was released and reached No. 36. At the turn of the year, the NEW GOLD DREAM tour took the band back to Australia and on to New Zealand, Canada, a return to the UK and Ireland, Europe and the US before climaxing in Dublin on August 14. The combined momentum of continual radio play and live gigs helped keep the album in the UK charts for a full year.

NEW GOLD DREAM (81-82-83-84) is the sound of a band fully realising the sophisticated, accessible pop sound they were striving for, whilst continuing their quest for experimentation. Whereas previous albums had explored the dark undercurrent of a more monochrome European culture, NEW GOLD DREAM is an expansive, cinematic affair, with a generally lighter, more melodic sound, bursting with warmth and colour. Simple Minds’ ability to tap into internal emotion is profound on tracks such as ‘Someone, Somewhere in Summertime’ and the album’s title track. The haunted nature of ‘Hunter And The Hunted’ was lead gravitas by guest, the truly legendary US jazz pianist Herbie Hancock, renowned for his work with the Miles Davis’ Second Great Quintet, his own hugely influential jazz albums and the Grammy award-winning single ‘Rockit’, hailed as the first jazz-hip hop song.

The album’s timeless, enduring appeal – including it’s chronological listing at No.489 in the best selling music reference book, 1001 Albums You Must Hear Before You Die – makes it a masterpiece for each new generation to discover.

The NEW GOLD DREAM (81-82-83-84) deluxe box consists of six discs. DISC ONE is a re-master of the original album – re-mastered at Abbey Road Studios by Andrew Walter and approved by Charlie Burchill. DISC TWO features extended versions – 12” remixes and instrumentals of the album’s singles, some of which are being made available on CD for the first time. DISC THREE features 7” single edits and B-Sides. DISC FOUR features previously unreleased BBC John Peel and Kid Jensen radio sessions, recorded in February and August 1982, encompassing songs from New Gold Dream, as well as ‘Love Song’ and ‘Sons And Fascination’. DISC FIVE is made up of alternative mixes and demos. Finally, the box set is completed with a DVD, featuring a 5:1 Mix of the album by Charlie Burchill and Ronald Prent – which received a limited edition 2005 release and is now a rare collectors’ item – as well as promo videos and, being made available commercially for the first time, Top Of The Pops performances of ‘Promised You A Miracle’ and ‘Glittering Prize.’

It also includes a 36-page booklet with extensive sleeve notes by journalist and broadcaster, Billy Sloan including new interviews with Jim Kerr and Charlie Burchill, as well as extensive rare photos of the band.

The NEW GOLD DREAM (81-82-83-84) re-master will also be available on digital download, standard CD, a 2CD version (which features an abridged version of the box set’s sleeve notes), Blu-ray and LP.