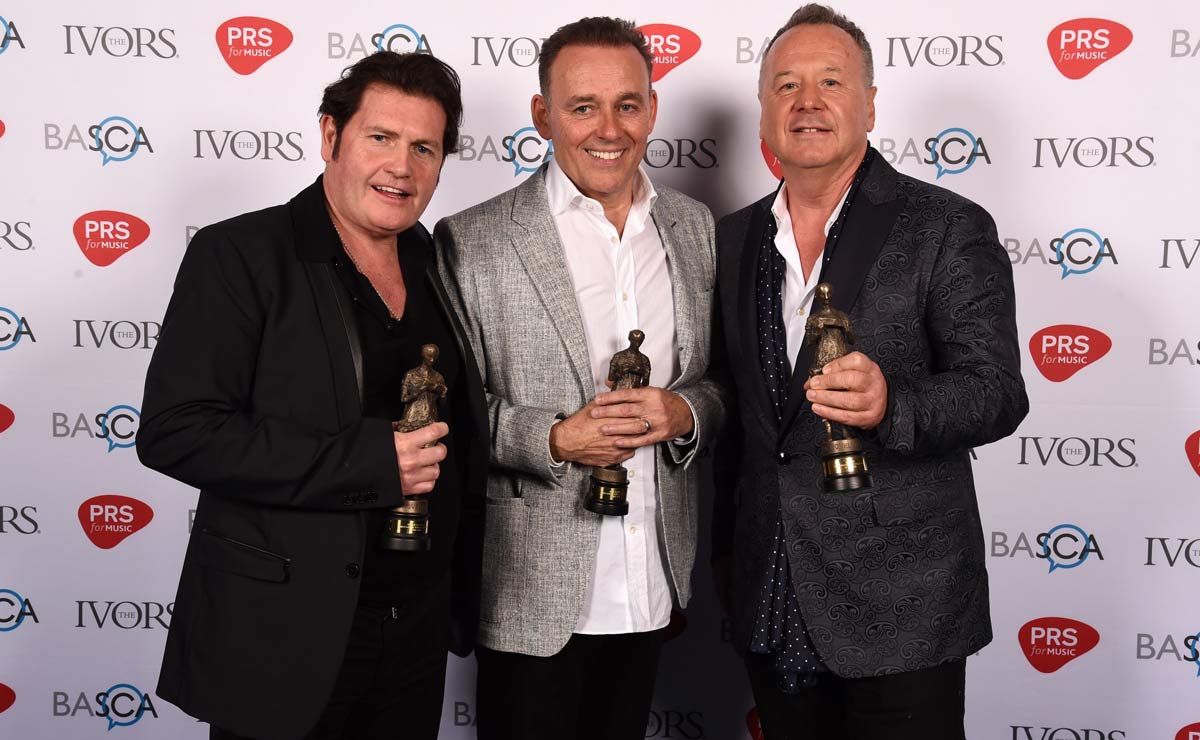 Posted at 18:38h in All News, History by Simple Minds
Share

Today Jim, Charlie and Mick MacNeil were in London to accept the Award for ‘Outstanding Song Collection’ at the 61st Ivor Novello Awards held at The Grosvenor House Hotel in Park Lane.

“THANKS TO ALL: We had a great day yesterday and of course we were chuffed with the award. As with any award that Simple Minds win, we fully recognise all who have played a part. Including everyone who has played live – and everyone who has worked in the studio with us. That adds up to dozens of people, and if we had our way, they would all be present when these statues are handed out.

But why stop at that? What about all who have helped us immeasurably behind the scenes? Invested time, energy, belief, etc – as they guided as throughout our career, and continue to do so. And what about our road crews over the last almost 40 year? Hundreds of individuals putting their families on hold, as they tour(ed) the world, spending the longest days setting up the show so that we can give our best night after night. Do they not deserve to be up there with us also? Of course they do!

And finally, our story would not have happened, and would not be happening still if it was not for the millions who have encouraged us by listening to the music. To encourage is to contribute massively – it gives us the oxygen to do what we do, and continue still into the future. In summary, anyone who has ever cared about Simple Minds deserved to be up on the stage with us yesterday. In my mind you were. So let’s celebrate a little. “ 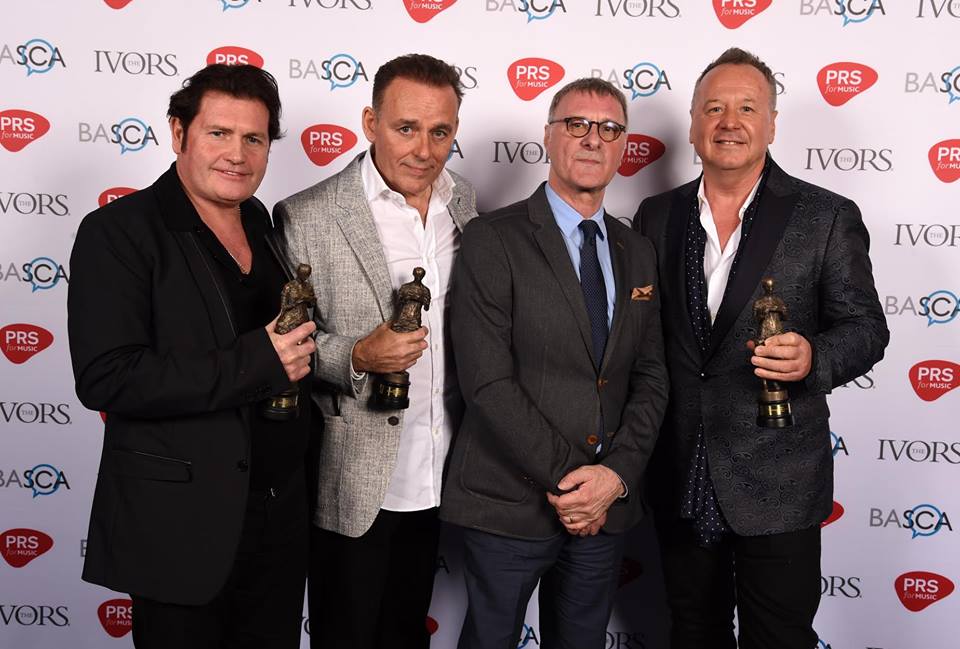 STEVE HARLEY : He Came… He Saw… and He More Than Made Us Smile!

“Getting the award was nice enough, but knowing that it would be presented by Steve Harley was thrilling. I should explain that although Simple Minds were inspired by Bowie, Roxy, Lou Reed, Peter Gabriel and others. Fact is that we were also massive fans of Steve Harley And Cockney Rebel. We bought all the albums and saw all their tours over a four or 5 years period in the 70’s. As a performer Steve was (and is still) in my opinion – second to none. I should also divulge that some of my own (paltry) stage antics were ….ahem….borrowed…from Steve.

Did Cockney Rebel also inspire SM musically. Yes, no doubt about that. Even if it is not entirely noticeable, the atmosphere on some of our debut album owes much to Steve’s work.

For all of those reasons then we want thank Steve Harley and his wife Dorothy for making themselves available yesterday. It was wonderful to shake his hand.”