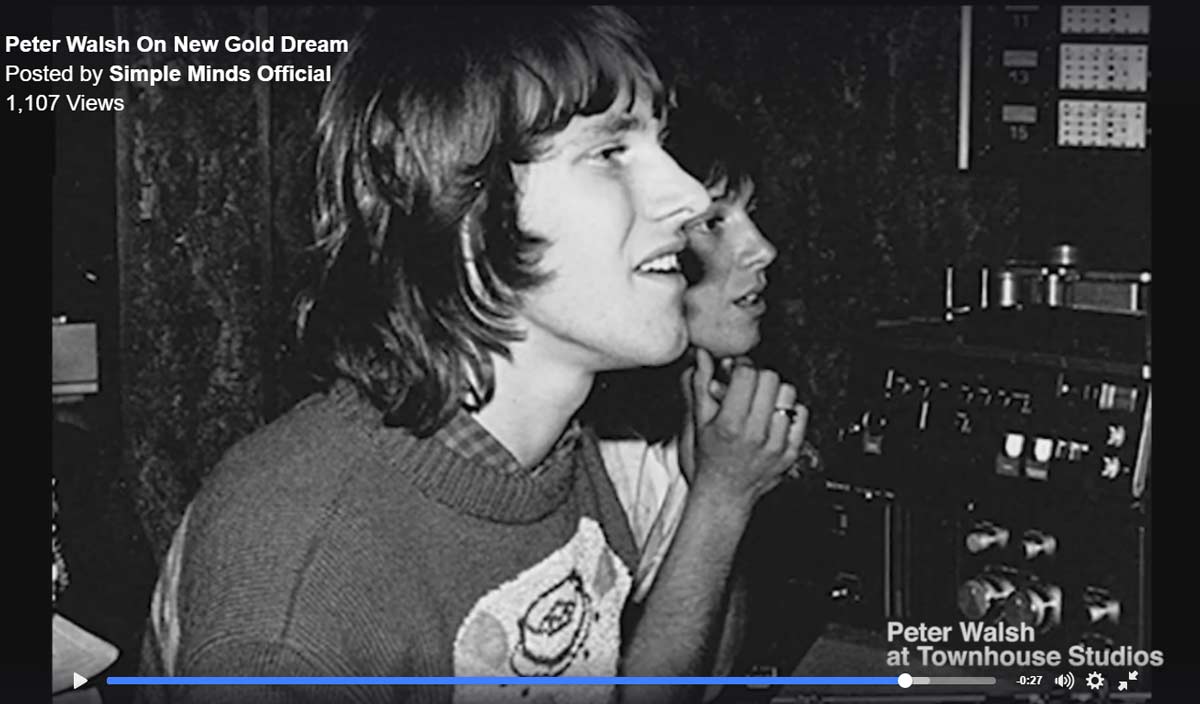 To mark the release of the new editions of ‘New Gold Dream (81-82-83-84)’ we’ve got an exclusive 3-part treat for fans of the album. A new short film with producer Peter Walsh talking about his experiences when making the record with the band back in 1982. Glorious…. particularly the part at the mixing desk where Peter explores the original master reel of ‘Promised You A Miracle’. He reveals all of the sparkling components that made it such a breakthrough track.