Simple Minds released their seventeenth studio album ‘Walk Between Worlds’ on the 2nd of Feb, 2018. The album was available to order in various formats including some special Exclusive Colour and Picture Disc Vinyl albums featured within several Deluxe Bundles containing Exclusive signed album artwork prints and a Limited Edition 7″ single.

Simple Minds take to the road in February 2018 to premiere WALK BETWEEN WORLDS in a selection of special live shows, each in three parts: a performance of the album, a live on-stage interview and a classic Simple Minds’ set with hits and of course, a few surprises! For fans, a very special, one-of-a-kind experience:

Get The Album
View Tour Dates

‘As much as it has been a real pleasure to work on WALK BETWEEN WORLDS, equally so it is thrilling to observe that the Simple Minds story continues to evolve both in the studio and on the live stage,’ says Jim. Adding, ‘Sensing that each of these songs are destined to become individual events when played live - we look forward to performing all of them alongside already established live classics when we set out on this next upcoming tour.’
Jim Kerr

WALK BETWEEN WORLDS was produced by Simple Minds with Andy Wright and Gavin Goldberg, both of whom worked on Big Music. With its eight tracks rocketing past in 42 minutes, it is a relatively concise affair. It is also an album of two distinct sides, very much the old-school album format that singer Jim Kerr and Charlie Burchill grew up with as music fans. Side one tracks such as Summer and The Signal And The Noise revisit the glassy guitars and new wave dance grooves of the post-punk era and the second half explores more cinematic sounds, with the title track and Barrowland Star both featuring dramatic orchestrations recorded at Abbey Road.

The album is bookended by two songs about faith, Magic and Sense Of Discovery. The first is a reflection on the desire and hunger of youth – the faith in their own abilities that Simple Minds possessed during their formative years. Sense Of Discovery, which features a melodic refrain that alludes to 1985’s Alive And Kicking, is centred on the voice of an older narrator passing on wisdom and advice to a younger individual.

One of the album’s key tracks is Barrowland Star, named after the iconic ballroom in the East End of Glasgow that has hosted many memorable Simple Minds shows. It’s a song that takes the band away from their traditional comfort zone, layering strings and a spellbinding Charlie guitar solo (one that reminds Jim of Mick Ronson) over some poignant words. For Jim and Charlie playing the Barrowland was always a big deal, a mixture of excitement – and fear – it felt as if they were about to engage in a prize-fight rather than simply play a rock concert.

The album artwork is by Brazilian visual artist Heitor Magno, whose work is often a surreal montage of vivid coloured imagery and black and white photography. The image he has created for WALK BETWEEN WORLDS is emblematic of Simple Minds metamorphosis. The central character on the front cover bearing an uncanny resemblance to a young Jim Kerr – the sleeve could also be viewed as a telling throwback to the Sons And Fascination era. 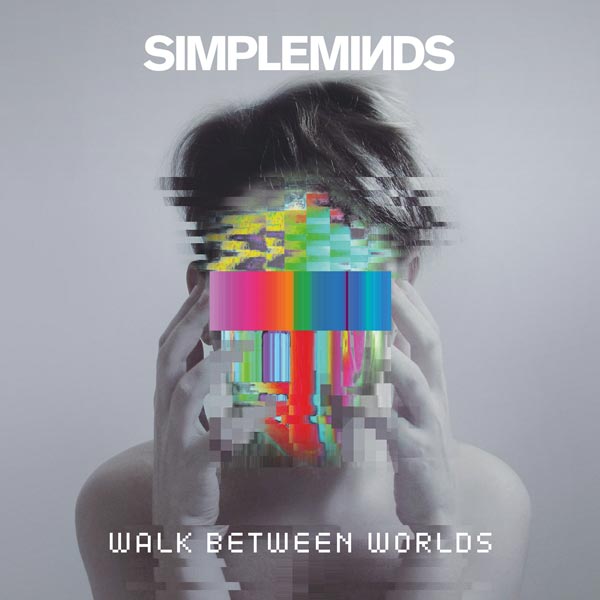 Simple Minds were the standard bearers for a new kind of rock in the Eighties, when they took the art-rock invention of post-punk and constructed a musical Colossus by adding rousing choruses and a touch of Celtic soul. As they contemplate turning 40, their legacy is something to be proud of and with WALK BETWEEN WORLDS their story continues to evolve. 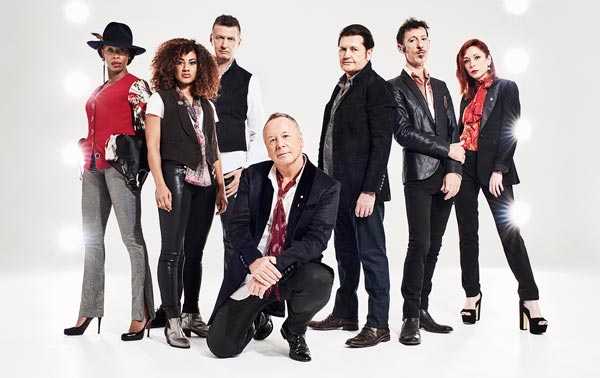 With Jim and Charlie now part of a theatrical gang of musicians that are, in Jim’s words, ‘more inspired by the likes Sly & The Family Stone than a traditional male rock band’, the tour will feature the Acoustic tour line up of: Jim and Charlie, percussionist Cherisse Osei and backing vocalist Catherine AD alongside band mainstays Ged Grimes on bass, multi-instrumentalist Gordy Goudie, and regular backing singer (and sometimes lead vocalist) Sarah Brown. ‘The whole stage set-up is now more fluid,’ says Charlie. ‘We’re working on fresh arrangements of some old songs, and there is going to be more movement between the musicians onstage. There will be time for people to digest the songs and more space for Jim to talk to the audience.’

FORMATS: WALK BETWEEN WORLDS will be available on standard and deluxe CD, standard, deluxe and picture disc vinyl, digital download and stream.

DELUXE EDITIONS INCLUDE THE BONUS TRACKS: